Better yet quit altogether), your flights are booked, your bags are packed and a whole world of mountains, beaches, Castillano (a kind of Spanish to you and me) amazing food, fine wines and incredible people awaits you. But what about the music? Any backpacker knows that you can’t go backpacking without music! Well, luckily for you don’t have to miss out on the world around you with your headphones stuck in your ears, because we’ve found all of the best music festival action that South and Central America has to offer in 2015, so you can find awesome live music and performances no matter where you are!

Other articles you can read:

Playa del Carmen, quickly becoming the hottest spot on the Yucatan Peninsula, is a place for people who want to be seen. Think beaches full of trendy Europeans, Italian bistros, blended with Ancient Mayan ruins, incredible snorkeling and underwater caves. Now add to this 10 days and nights of over 200 international artists and you have the BPM Festival, one of the best South America Music Festival!

Set amongst the high-end resorts of Mexico’s Yucatan Peninsula, where you can find everything from spa hotels, luxury eco resorts and world-class snorkeling around the stunning coral reef. This one-of-a-kind experience is more than a high-end all-inclusive luxury holiday with some bands thrown in than a music festival in the traditional sense! So, pack your bags now and head to One Big Holiday for an epic South America Music Festival!

The city of Sao Paulo captures practically every aspect of society and culture in the world. It’s a melting pot of cultures and home to some of the largest international populations in the world, including Japanese, Italian, Chinese and European. It’s jam-packed with art-house cinemas, museums, theaters, bistros and 24/7 bars and clubs.

Lonely Planet called Buenos Aires, ‘Sexy, alive and supremely confident, like Europe with a melancholic twist.’ What more could you want from a city?

The Chilean capital city has undergone something of a makeover in recent years, giving visitors plenty of reasons to hang around. Fine cuisine, amazing seafood market, sculpted gardens, the stunning backdrop of the Andes – it’s all here, with that little extra something special. What better place to enjoy one of the most famous festivals in the world?!

What to see at Lollapaloozacl – Jack White – Kings of Leon – Calvin Harris – The Smashing Pumpkins – Kasabian – The Specials – Cypress Hill………..Need I say more?!

Crystal clear, warm waters, farms, local house and deserted, white-sand beaches, the Village of Uvita is one of the few remaining areas of the coastline that remains largely untouched by the tourism boom here. Except of course, for being the gateway to the Marino Ballena National Park and home to the annual Envision Festival. This sustainability-based meeting of minds combines music, dance, yoga, art and spirituality to bring people together to understand and appreciate our fundamental connection with nature.

Chaos, noise, sprawling – these are all words that spring to mind for anyone that has visited Mexico City. Spend a little time here, however and you’ll find it’s also a city of deep cultural history, stretching back from modern, through the colonial to its barely-visible pre-Hispanic Mayan roots.

This intense and perplexing city sets the scene for 4 stages of live music and over 60 international artists, all brought to life by the carnival atmosphere of costumed performers, giant art installations, crazy rides and explosive fireworks. This fantastical extravaganza is much more than a festival.

Now, if none of those can satisfy your appetite for live music and festival vibes, then there’s probably something wrong with you. You know, like in the head wrong with you! But no fear, there is one last hope for salvation. One last bastion of EDM, art, dance, and, of course, thousands of people coming together to celebrate what it truly means to be alive! Originally started in the aptly named city of Boom, Belgium, TomorrowLand becomes TomorrowWorld as it ups its awesome sticks to Sao Paulo for what is sure to be the wildest display of over-the-top theatrics, stage design and global DJ talent that South America has ever seen!

The festival has previously featured Europe’s highest mobile Ferris wheel and a ‘Church of Love’, where you can get in on with the guy or girl you’ve been dancing with for the past hour, safely guarded by a team of nuns…all condiments provided of course!

You don’t have to be an Electronic Dance Music maniac to have the time of your life here, you just need to be crazy about music, art, wide open spaces and awesome people.

Despite all of the regular ‘Full Madness’ entrance tickets already being sold out (in 2013 they sold out in one second!) you can still get into the biggest festival in the world via their Global Journey Travel Packages. This package not only gets you your Full Madness Ticket, but also your flight, transfer and accommodation. Everything you need to have the best time of your life!

Check out http://www.tomorrowlandbrasil.com to get yours before they’re all gone! 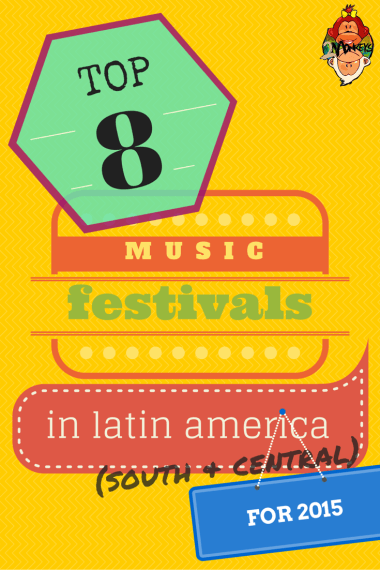