Located in North America is a country famous for ice hockey, the Maple leaf, two widely-celebrated Justins (Bieber and Trudeau), and poutine. If I were to describe it in one word, however, I would say that it’s diverse. The place is populated with people from all walks of life, from Asian and Middle-Eastern to European communities. This variety of cultural backgrounds is translated in their food ranging from Chinese takeaways, kebabs, to pizzas and pasta. That’s Canada, eh.

Other articles you can read:

There are tons of places to visit in Canada, but this guide will be focusing on the eastern part considering I only had eight days’ worth of sightseeing: Toronto, Montreal, and Quebec City. If you have more time, add Ottawa (the capital city of Canada) and Prince Edward Island on your Eastern Canada trip. 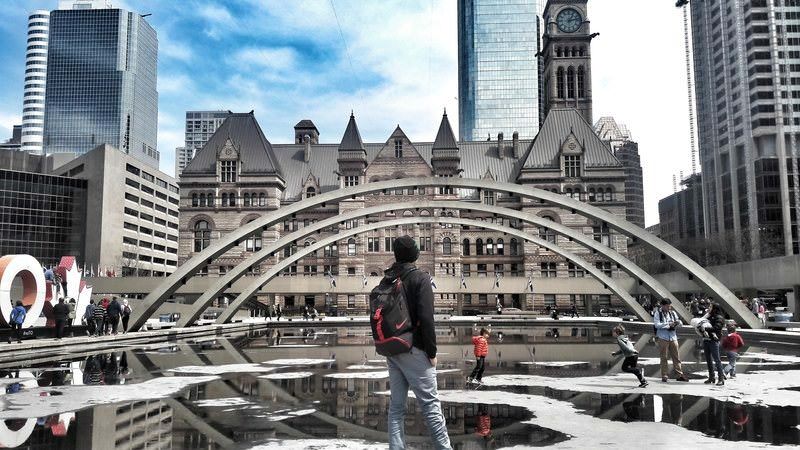 Toronto, the capital of Ontario province, has some nicknames: The Six, Hogtown, and TO to name a few. It’s home to the Raptors, the Blue Jays, and the Maple Leafs, which are the basketball, baseball, and hockey teams of the city, respectively. But “Tee-Oh” isn’t just about sports. It’s one of the cities that best showcases Canada’s diversity, which you’d notice if you took a quick look around. 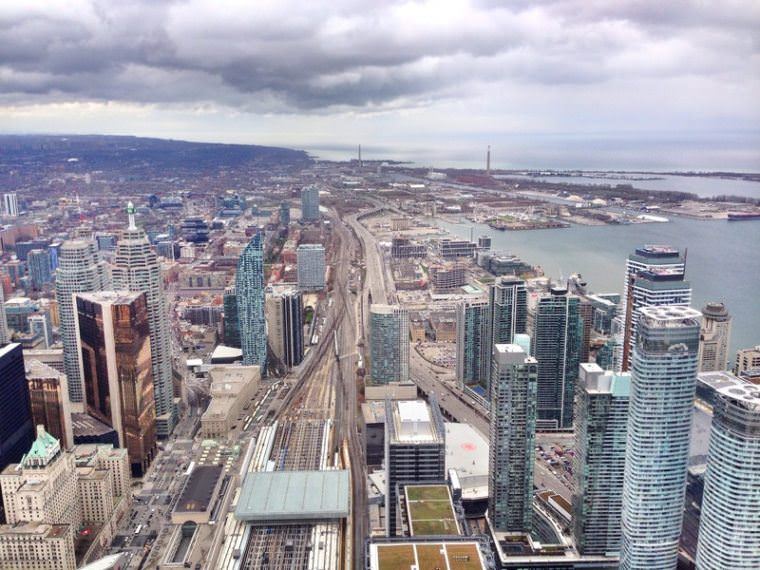 Upon disembarking from the Toronto Pearson International Airport, take bus #192 to Kipling subway station. You can then take the subway train to your hotel. The best thing about their public transportation is that you can use the ticket you purchased for the bus on multiple transfers—like the subway or the tram (streetcar)—as long as it’s one way to your next destination. Make sure to remember your landmarks: the Union Station for the CN Tower, Ripley’s Aquarium, Rogers Center (Baseball stadium), and Air Canada Center (Basketball and ice hockey arena), and the Dundas station for the Dundas Square and Nathan Phillips Square ( which is within walking distance from Dundas Square).

WHERE TO STAY IN TORONTO?

For a place to kick back and relax, The Only Backpacker’s Inn is a hostel I recommend. It has a bar at the entrance, which makes it conducive to socializing—similar to other great hostels I’ve tried. To get there, take the subway to Donlands. When you get down, just ask around for the Only Cafe—don’t worry, it’ll be within walking distance of the station.

You can also find the list of our recommended hotels in Canada, here.

WHERE TO EAT IN TORONTO? 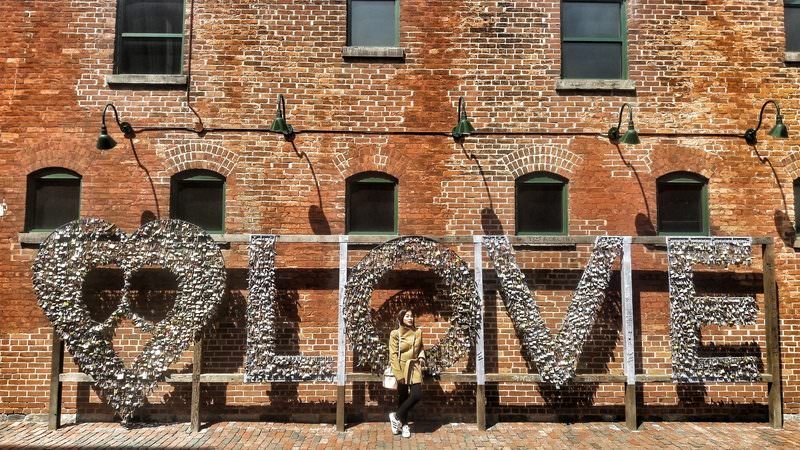 THINGS TO DO IN TORONTO

See the Jaw – Dropping View from Atop the CN Tower

The CN Tower was once the tallest tower in the world, standing at about 553 meters. That was, of course, well before the Burj Khalifa was constructed. The tower symbolizes not only the city of Toronto but the entirety of Canada as well. 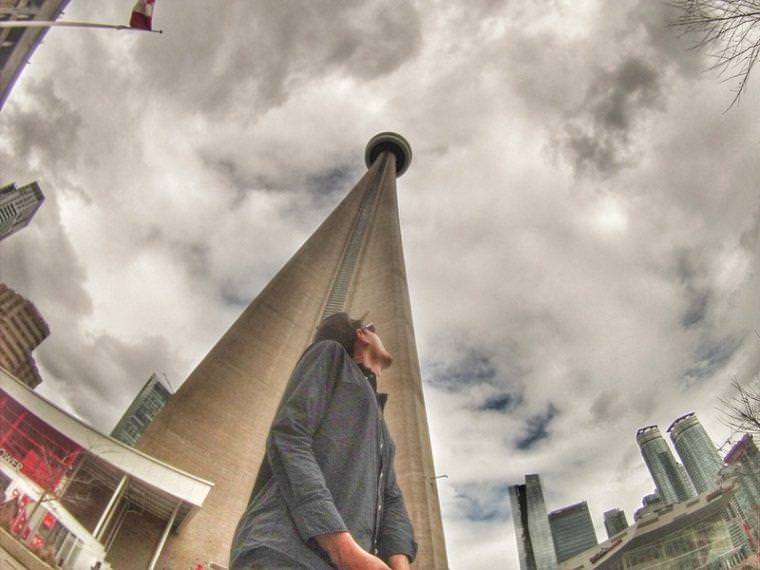 Take the elevator to the observation deck where you can absorb the panoramic view of the city. Just a warning though: If you look down, it might be a little frightening; the glass floor creates the illusion that you could fall at any moment! If the thought of heights doesn’t make you dizzy enough, you can satisfy your inner daredevil by embarking on an even more adventurous activity called the Edge Walk.

As the name implies, you’ll be walking around the side of the tower secured in a full body suit and a harness that’s attached to the railings above and around the tower. The walk made you hungry? You can eat right there, at the 360 ​​Restaurant, which offers Canadian cuisine. 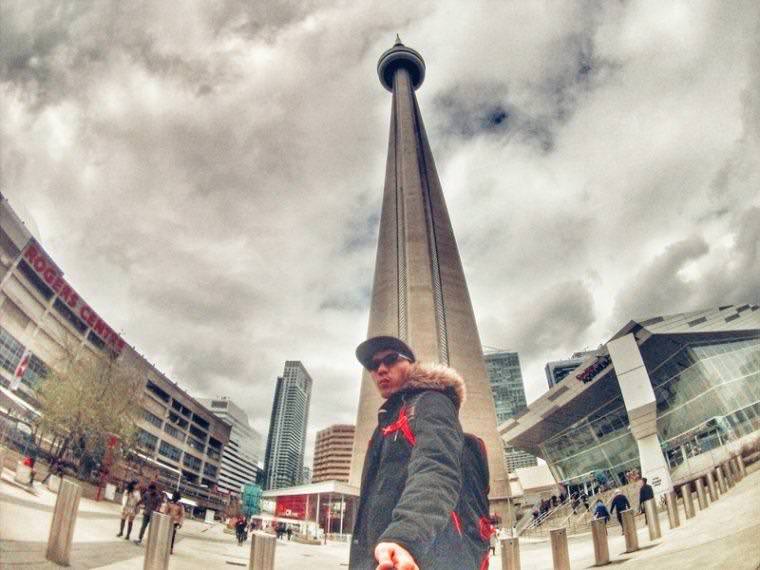 I like visiting the tallest structures of any city. It gives you an overlooking perspective which makes you feel like you’ve conquered the place. It gives me a great sense of accomplishment.

My friends based in Toronto said that I should go here—an aquarium holding approximately 16,000 aquatic animals, but I didn’t. Personally, I’d rather wear my scuba suit and dive into the sea myself than watch sea creatures swimming in tanks. However, if you would like to experience it yourself then book the “Sea the Sky” package to encounter both the CN Tower and Ripley’s Aquarium first-hand for cheaper.

When I think about Toronto, the first thing that comes to mind is the Toronto Raptors. It’s a no-brainer for someone who is an avid NBA fan like me. Watching a live game has always been a childhood dream, and I finally made it a reality. 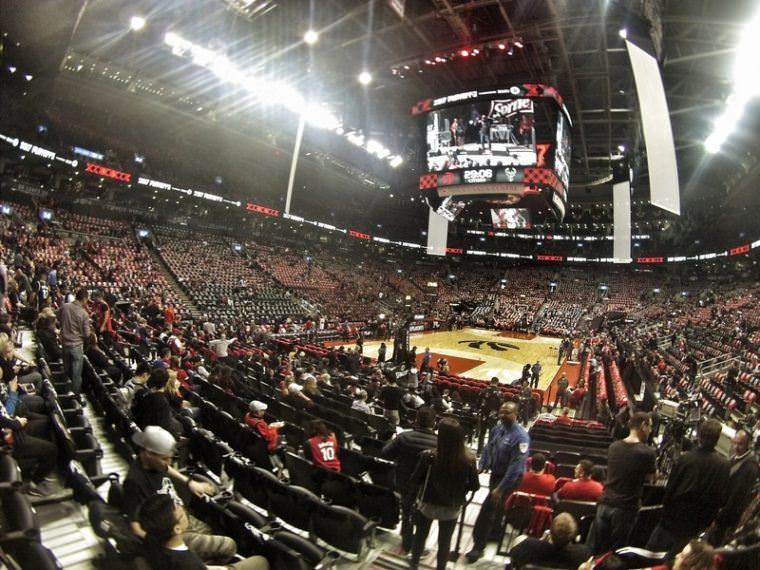 Even if you aren’t a sports fan, a live game is a must-see! The experience is very different from when it’s shown on TV, as you get to feel the hypo build up with everyone else. Hearing the music and the roar of the crowd firsthand is sure to get your blood pumping! If basketball isn’t your cup of tea, try watching baseball or ice hockey. 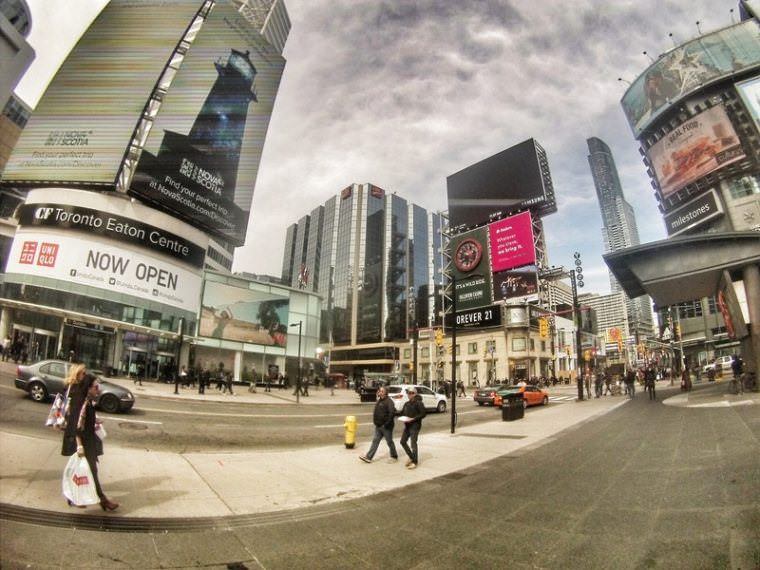 They say it’s the miniature version of New York’s Times Square. It may not be quite as grand, but the place is Instagram-worthy. This is where you’ll find the well-known tourist attractions: street performers, tourist information centers, shopping malls, restaurants, big ads, the cinema, etc. 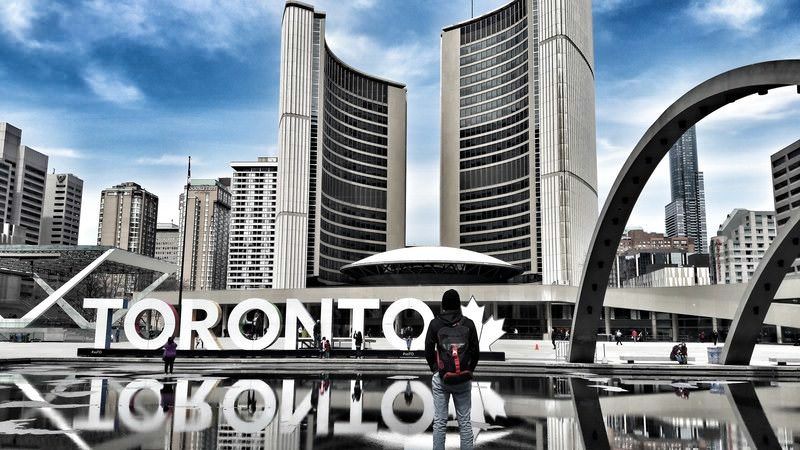 A lot of people are leveling up their IG game here, just next to the City Hall. Take as many snapshots as you’d like and strike that blogger pose. 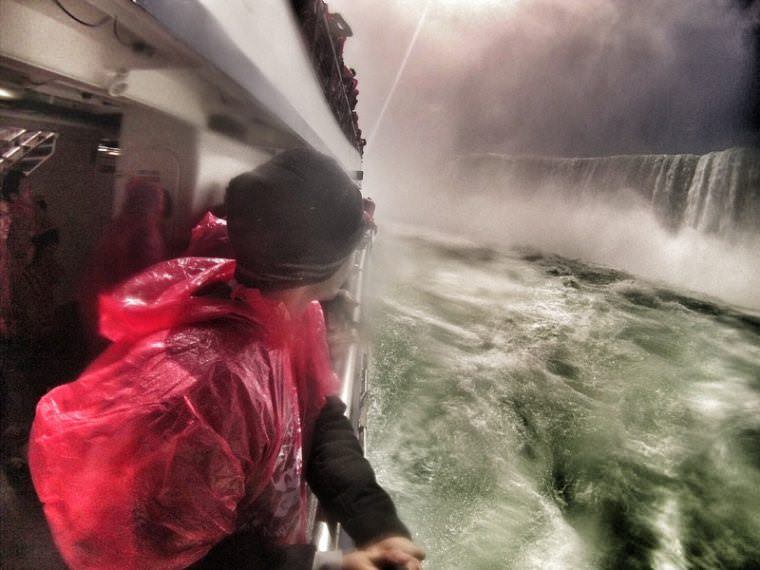 You haven’t been to Canada if you haven’t seen this beauty—“the mother of all waterfalls,” as I call it, between the USA and Canada—the Niagara Falls. You can take the public bus or drive to get there, but I recommend booking a guided day tour with King Tours for convenience. 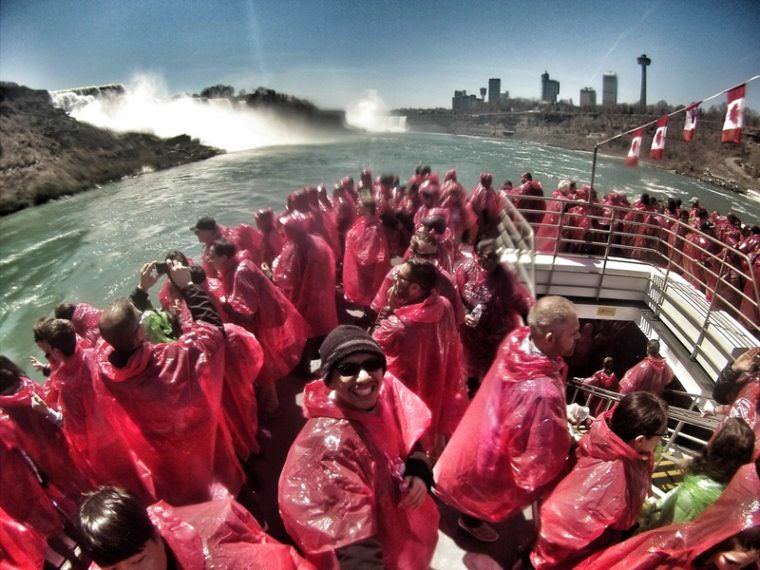 They provide rides to pick you up to and from your hotel. Join the others and hop on the bus as you head towards Niagara Falls for a cruise on the Horn-blower boat! It almost feels like you’re in a movie as you get closer and closer to the mighty falls – the thunderous sound, the cold water splashing, and the dark atmosphere is an exhilarating experience you wouldn’t want to miss. 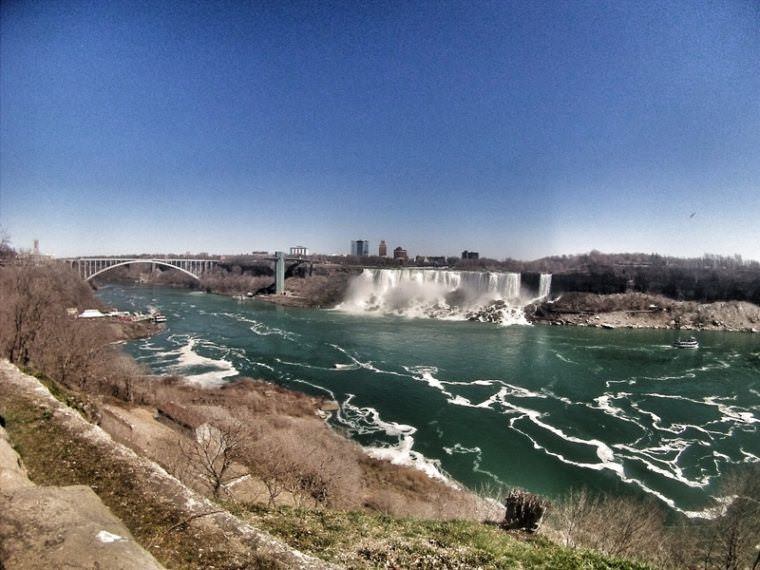 You can grab a quick snack after the boat ride before you head to your next stop: Niagara-on-the-Lake, a picturesque town where you can do all your sightseeing. End the tour with a wine-tasting at a favorite winery. Don’t forget to try the ice wine!

Jason’s hot tip: You can opt to spend the night near the falls. There are a lot of attractions in the area. It resembles a big theme park with fun rides, magic shows, and casinos. You can find a list of all casinos near Toronto here. 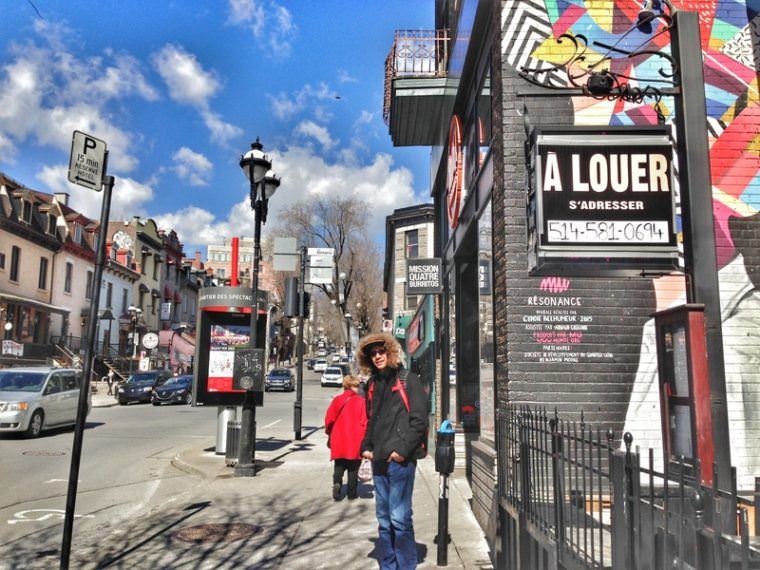 Did you know?: The province of Quebec is predominantly French, and it’s because the first explorers of the region were French, therefore culturally influencing the biggest city of Quebec: Montreal—the home of the Montreal Canadiens, the city’s ice hockey team.

Coming from Toronto, you can take either the bus or the train to Montreal (the bus being the cheaper option), then walk from the Dundas Square until you reach the coach terminal. Buy some beef jerky and licorice to make your eight-hour ride to Montreal (with a transfer in Ottawa) a bit more bearable. 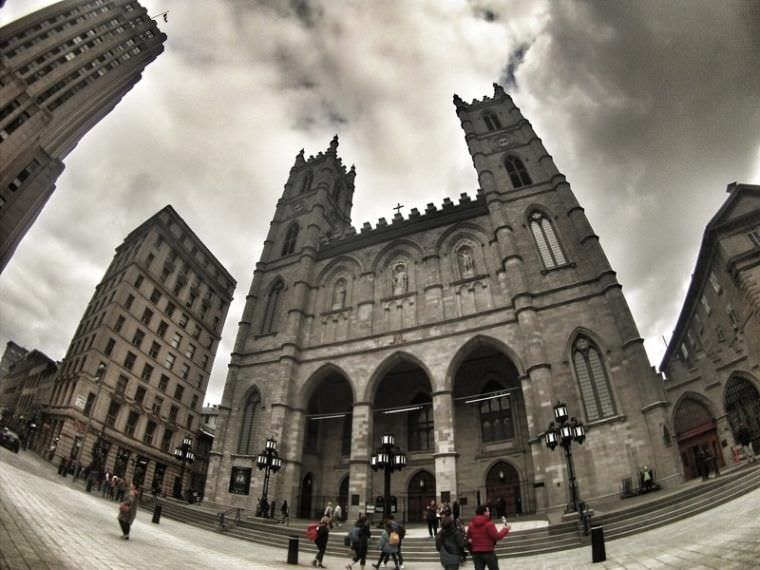 Upon arrival, you can use the metro to go around the city. Take note of Mont-Royal station for hiking, and Champ de Mars station for the old Montreal. 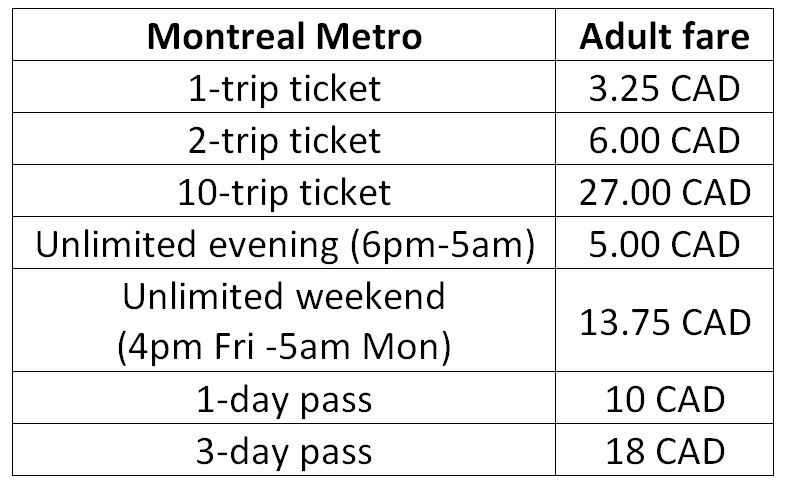 WHERE TO STAY IN MONTREAL? 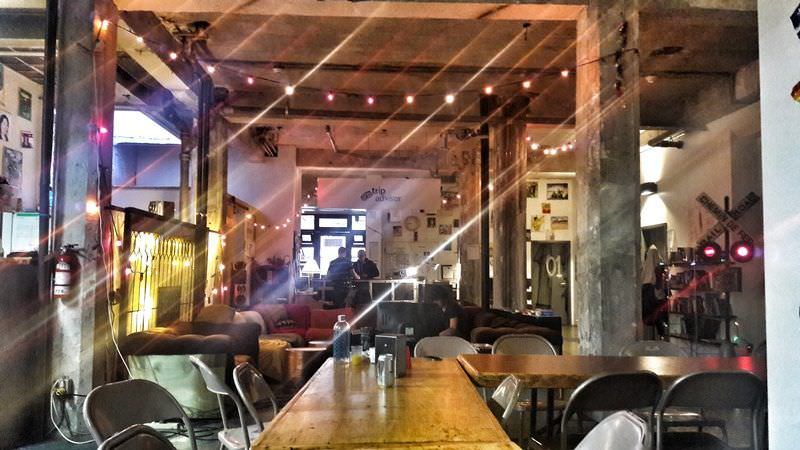 I recommend staying at Alexandrie-Montreal. It’s a hipster-looking hostel with a cool lobby, free maps, and free breakfast. It’s a 7-minute walk from the bus and metro stations.

WHERE TO EAT IN MONTREAL

Try the famous smoked meat at Schwartz’s deli (3985 Boul St-Laurent). It’s near Le Plateau-Mont-Royal. Ask around to locate the shop.

THINGS TO DO IN MONTREAL 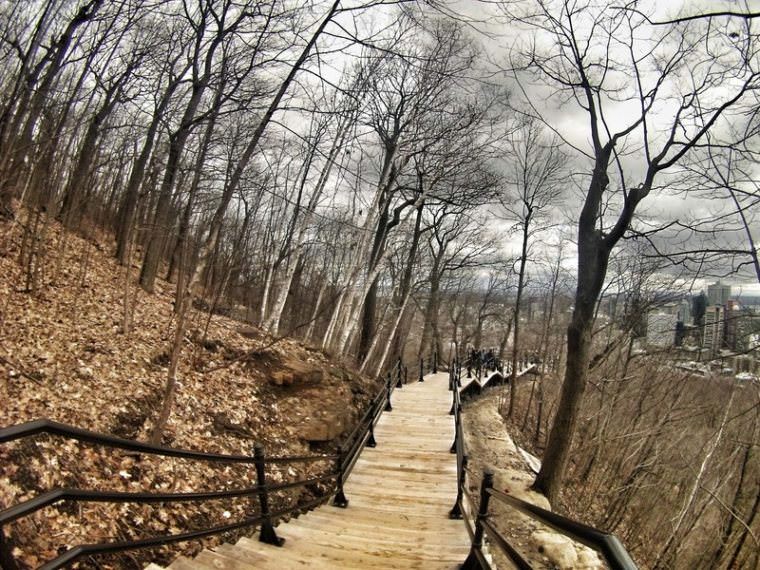 I love to hike, so I consider this activity the best thing to do in Montreal. Stroll at your own pace across a trail or forest to the other side. Some entry and exit points may get you confused, so my advice is just to follow the crowd. The duration of the hike depends on the amount of time you use to enjoy and take in the view of nature and the city at the top.

Have a blast from experience. See the mix of the North-American and European culture, and marvel at the French-inspired architecture. The highlights are the Notre-Dame Basilica and Vieux Port de Montreal. 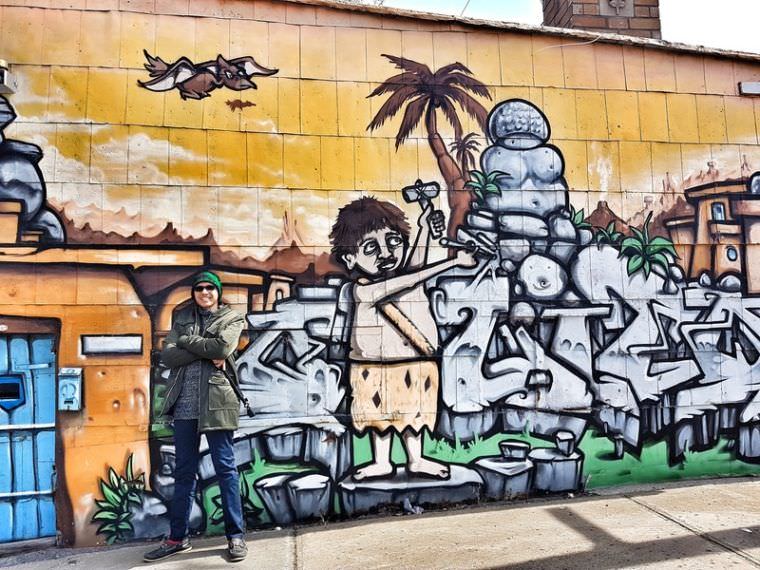 Quebec City is quite similar to Montreal – a fusion of old and modern, from the cobbled streets to the interesting street art. It’s probably the most romantic city in the province of Quebec, the Old Quebec being its highlight. The ambiance reminds me of a little French town – calm and serene, but above all, charming.

WHERE TO STAY IN QUEBEC CITY?

Auberge Internationale de Quebec is an excellent place to stay, located in Old Quebec. However, the guy owner is a bit weird and not very accommodating. 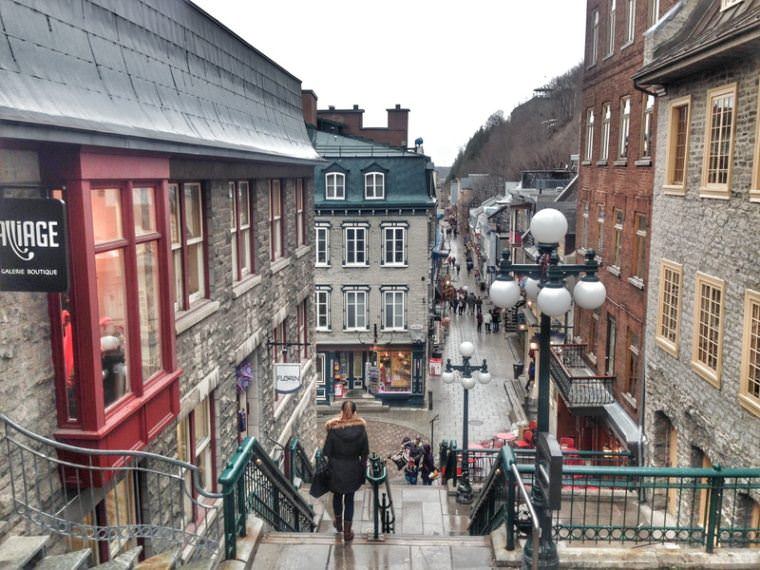 From Montreal Central Bus Station, take the 3-hour bus ride to Quebec City. Once you arrive, walking is the best way to tour the city. You can walk all the way through old Quebec. If you get exhausted, just take the cab to your hotel. Do take a bus ride if you’re going somewhere far like the Montmorency Falls. If you’re going to the airport, it is said that grabbing a cab is the easiest way.

WHERE TO EAT IN QUEBEC CITY

Poutineville!!! Make your poutine with the toppings of your choice. Poutine is fried with style. Toppings and sauce are added, the basic ones are cheese and gravy. Who in the world doesn’t like fries?!

THINGS TO DO IN QUEBEC CITY 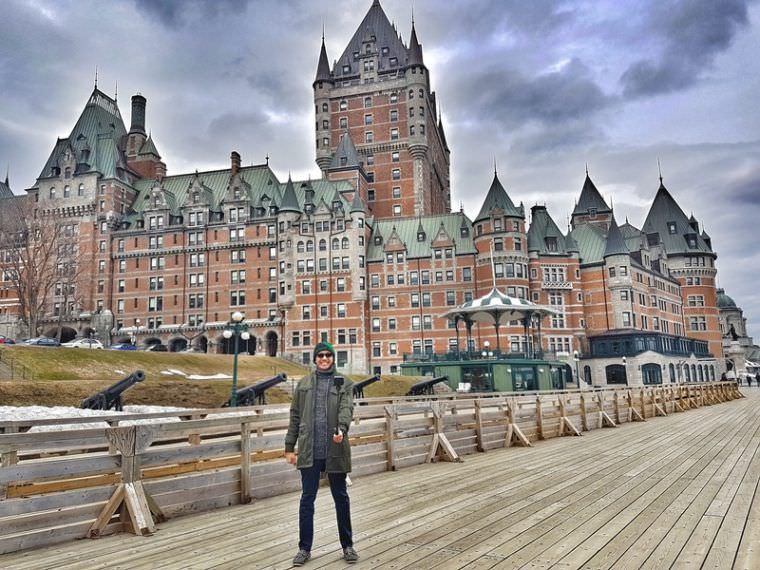 Just like in Montreal, you should visit its old version: old Quebec. Be fascinated by the European castle-like architecture. The highlight is the Fairmont Le Chateau Frontenac, the iconic hotel of old Quebec. 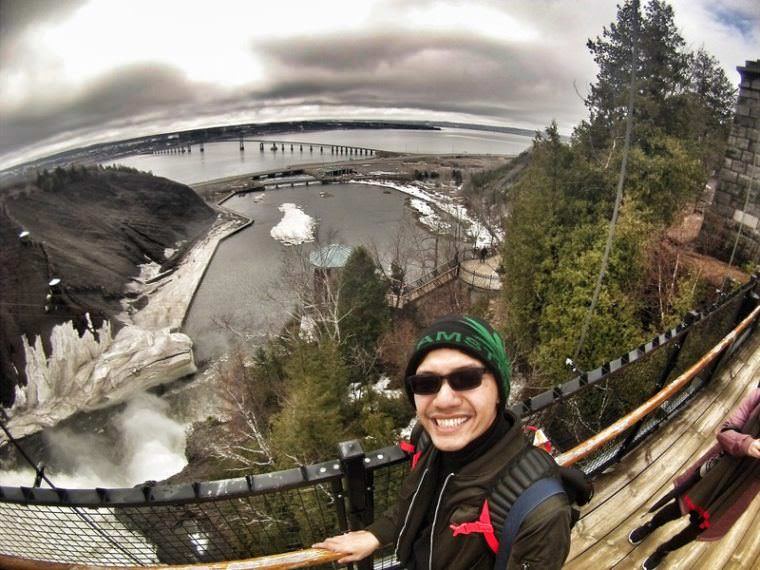 Take Bus 800 for a 20-minute ride from downtown Quebec to the falls, which is the final stop. Montmorency Falls pales in comparison to the grandeur of Niagara Falls, but it’s still a beautiful sight to see and serves as a perfect background for a quick selfie at the bridge.

SAMPLE ITINERARY AND EXPENSES FOR 8-DAY TRIP IN CANADA 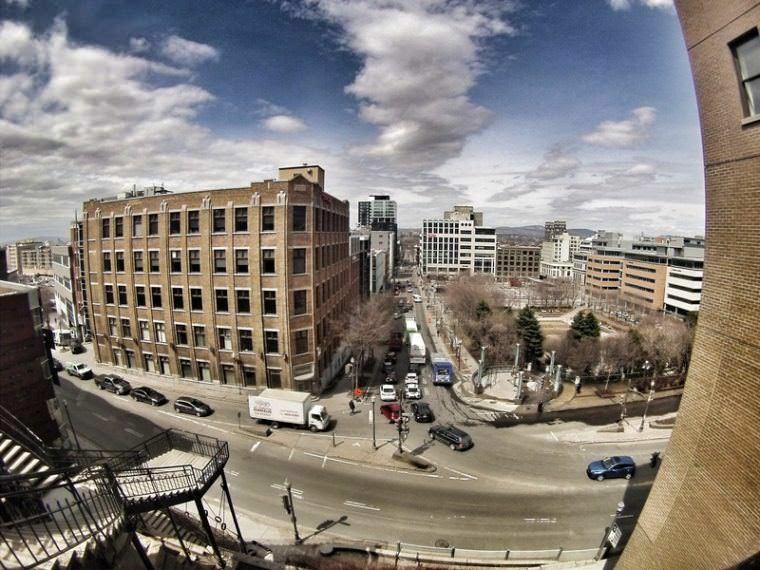 Here’s a sample itinerary for eight days in Canada, which is similar to what I did last April 2017 starting from Toronto, Montreal, Quebec City, and back. Take note that this will just serve as a reference. You can reduce costs by booking buses months ahead, by avoiding expensive meals, and by choosing cheaper seats at an NBA game. 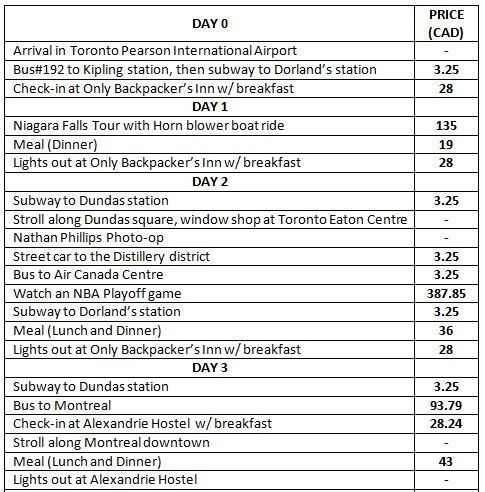 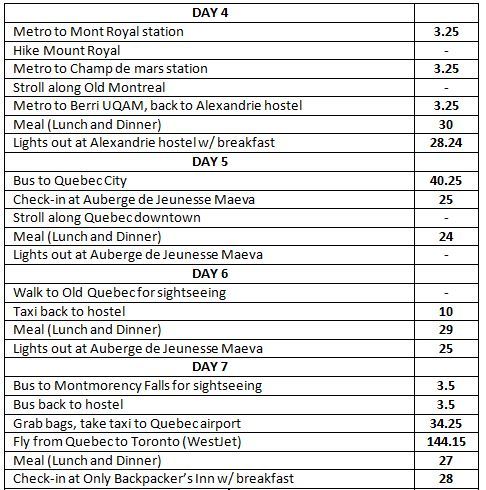 *Burger meals at fast food joints cost less than 10 CAD and a Chinese meal (duck and rice) costs around 17 CAD. 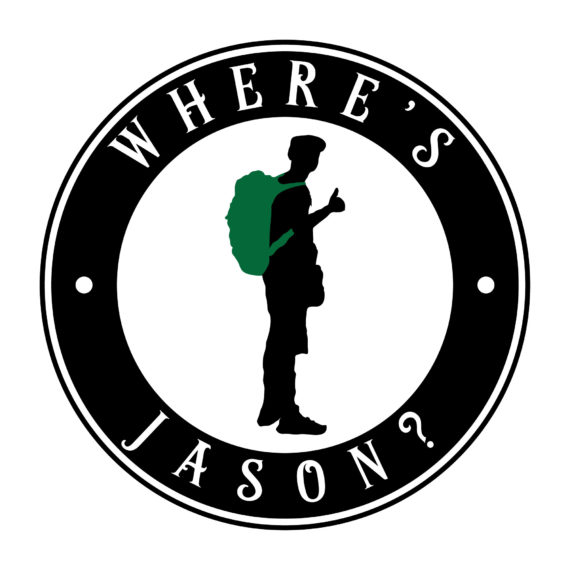 Jason Gotuato Writes technical reports during the day and travel stories at night – an engineer by profession and a traveler by heart. He has done a lot of crazy stuff from diving between the North American and Eurasian plates to jumping out of a plane. He’s on a quest to conquer this world and bring out the adventurer in all of us. Take a peek into his adventures and find him at wheresjason.com.